Glass partitions walls from IMT Modular have become the standard of office design excellence for a multitude of reasons: they’re flexible, easy to install, allow a space to accommodate fluctuations in staffing and let’s face it; they look great. They’ll also help you save on heating and air conditioning costs year round, improve the health of your staff, increase both individual and collective productivity and did we mention they look great too! In short, movable glass walls have been at the forefront of a series of revolutions that have swept through the world’s offices and none of these revolutions has been more important to our current state of affairs as a species than the Green Revolution. 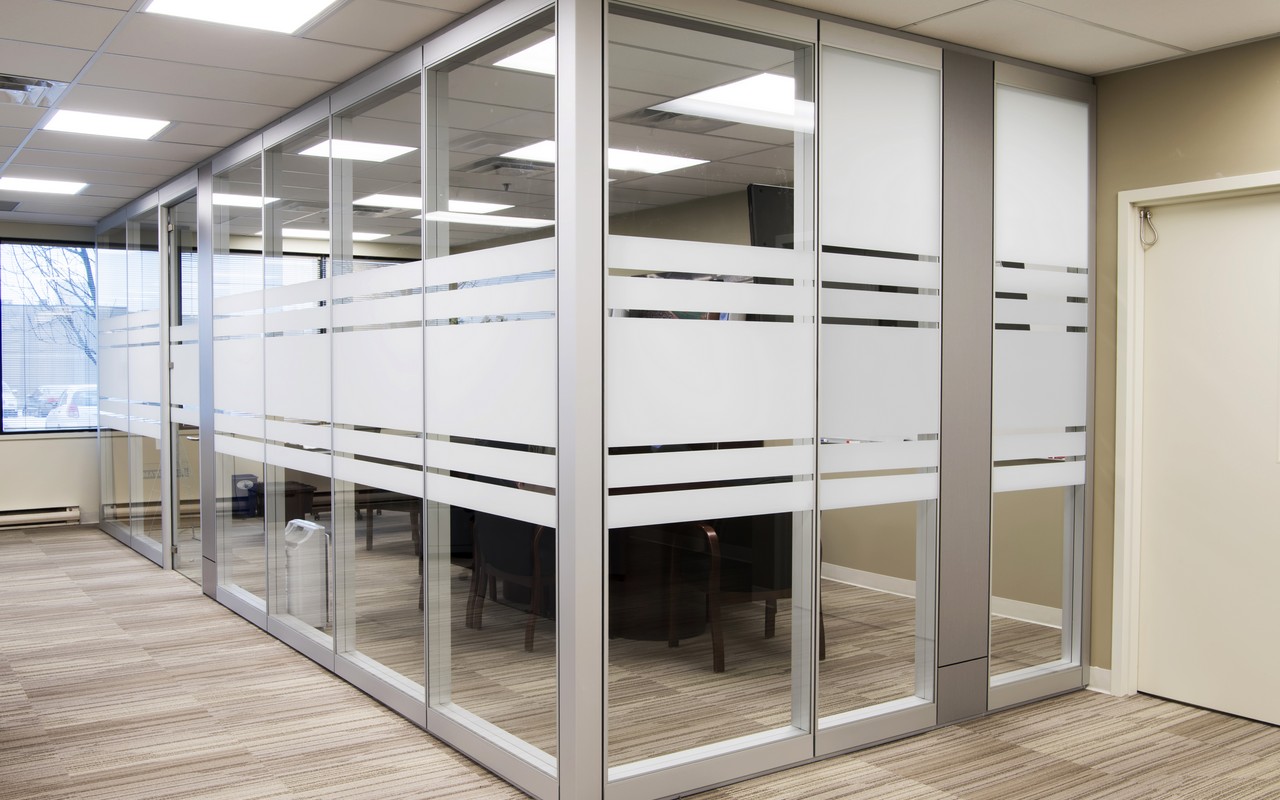 Saving the Planet with the Help of Glass Partitions Walls

Perhaps ‘saving the planet’ is a bit of hyperbole but it’s no exaggeration to state that movable wall systems, including glass partitions, have been on the leading edge of the movement toward greener, more environmentally responsible offices worldwide. That’s because they:

Eliminate the need for drywall – Drywall represented a revolution of its own when it first became widely used during the post war years. It moved builders and developers away from heavy and expensive slat and plaster construction toward a lighter, more affordable future. But drywall has its own drawbacks and those particular chickens came home to roost in the late 20th century as landfills began to overflow with construction debris and virtually everyone became concerned about dwindling resources.

When architects, builders and property owners began searching for drywall alternatives their gaze came to rest on movable partition walls like those designed and manufactured by IMT Modular. While there were plenty of sceptics who were slow on the uptake resistance to this new building material gradually faded. Today they’re recognized as a quantum leap in office technology and their use has become pervasive. A quick web search using the terms “modern office” or “corporate office” will prove the veracity of that statement. You’ll be hard pressed to find images that don’t include modular walls in them somewhere.

Break the cycle of primary resource waste – While drywall manufacturers have lately been telling anyone who will listen that drywall can now be recycled and is therefore not a waste of primary materials they’re actually being a bit self-serving and disingenuous. The fact is that while gypsum (the primary component of drywall) does have many uses and drywall gypsum can be recycled to serve some of them government regulations severely restrict the amount of recycled drywall gypsum that can go into the making of new drywall.

Why’s that? Because, although the recycling process for drywall removes nails and screws and much of the paper, enough of the paper remains in the recycled gypsum to undermine its ability to resist fire. So, while drywall (and gypsum in particular) can be recycled the best current technology can do is return approximately 15% of that old drywall gypsum into the production of new drywall. The other 85% must come from either open pit or underground gypsum mines.

Help save energy – Glass partition wall help businesses large and small use far less energy to heat and cool their offices. They also reduce the amount of electricity businesses use in their offices because they open up the space so that natural light can penetrate. In old fixed wall offices air circulation was typically dismal which meant that furnaces had to work overtime to generate enough heat and force it into the individual nooks and crannies.

The same was also true when it came to air conditioning. It was not uncommon to find some out of the way copier nook where the air was bone-chillingly cold while areas of the main office remained uncomfortably warm. Movable walls changed all that by allowing for smooth, even distribution of air. Components could be aligned in such a way as to take maximum advantage of airflow and HVAC units no longer had to work so hard, which led to fewer breakdowns and longer lifespans for the main components.

As for electricity usage, glass partitions walls opened up spaces that had never seen the light of day before to year round penetration by natural light. In many cases this drastically reduced the number of overhead fluorescent fixtures companies needed to use resulting in an equally drastic reduction in electricity usage and of course, the size of their electricity bills.

Go where you go – Imagine being able to take your drywall walls with you when you relocated to a new office. Ridiculous right? But that’s what you can do with movable partition walls from IMT Modular. They give new meaning to the phrase ‘relocating the office’ because they allow you to pack them up with the rest of the furniture and install them in the new location. No more having to build out new spaces with new materials, which means no more wasted resources on either end of the move.

Provide a healthier environment – Readily available statistics demonstrate that when staff members are motivated by an environment that inspires and nurtures them they work harder, display greater loyalty to the company and take fewer sick days. Fewer days lost to mystery illnesses means greater productivity company wide. And a more efficient company is one that creates a gentler tug on resources all the way around.

The inner glass perimeter composed of beautiful, energy saving glass partitions walls is one of the hallmarks of the modern office. And for good reason. Movable glass walls allow a company to exist in greater harmony with the world at large finally breaking what had for centuries been a steady movement toward ever more wasteful resource allocation.

The time to join the Green Revolution that is being spearheaded by visionary companies like IMT Modular is now, while there’s still time. Give us a call today and find out more about how stylish glass partitions walls can help your company transcend the money pit of obsolete ideas and help save the planet in the process.

IMT is a Smart Tint Distributor